The ordered delivery of Cardano node communication protocols is guaranteed by the TCP/IP protocol.

Operating systems limit the number of concurrent connections. By default, Linux, for example, can open 1,024 connections per process, whereas macOS limits this number to 256. To avoid excessive use of resources and enable reliable means for connection establishment, Cardano uses a multiplexer.

The network layer handles a range of specific tasks besides the exchange of block and transaction information required by the Ouroboros protocol.

The multiplexing layer acts as a central crossing between mini-protocols and the network channel. It runs several mini-protocols in parallel in a single channel ‒ TCP connection, for example.

Figure 1 reflects how data flows between two nodes, each running three mini-protocols using a multiplexer (MUX) and a de-multiplexer (DEMUX). 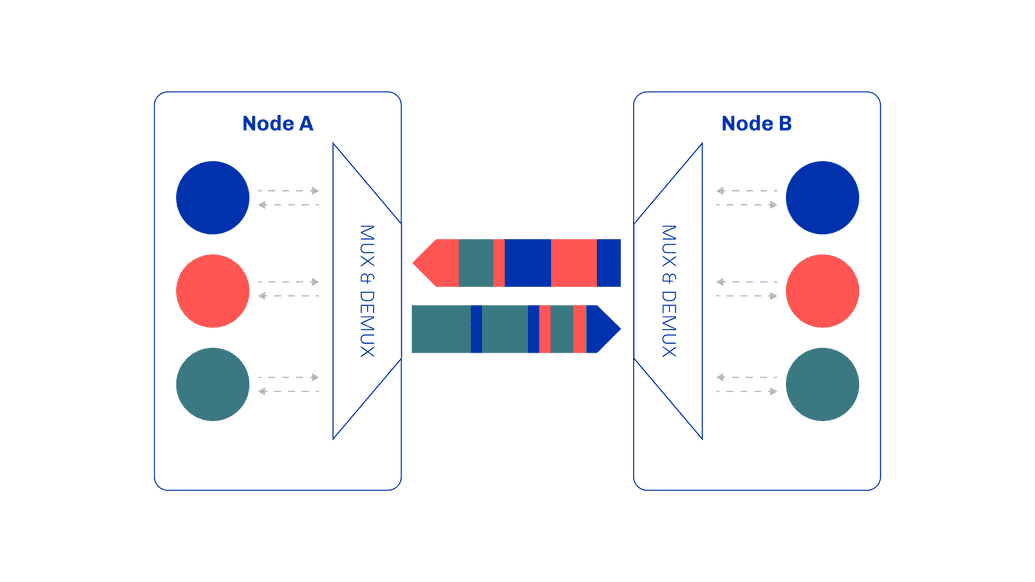 Figure 1. Data flow between the nodes through multiplexing

Data transmitted between nodes passes through the MUX/DEMUX of the nodes. There is a fixed pairing of mini-protocol instances, which means that each instance only communicates with its dual instance (an initiator and a responder side).

The implementation of the mini-protocol also handles serialization and de-serialization of its messages. Mini-protocols write chunks of bytes to the MUX and read chunks of bytes from the DEMUX. The MUX reads the data from mini-protocols, splits it into segments, adds a segment header, and transmits the segments to the DEMUX of its peer. The DEMUX uses the segment’s headers to reassemble byte streams for the mini-protocols on its side. The multiplexing protocol (see the note below) itself is completely agnostic to the structure of the multiplexed data.

Note: This is not a generic, but specialized, use of multiplexing. Individual mini-protocols have strict constraints on unacknowledged messages that can be in flight. The design avoids the conditions in which the use of general TCP over TCP multiplexing creates chaotic performance.

Data segments of the multiplexing protocol

Cardano uses inter-process communication (IPC) protocols to allow for the exchange of blocks and transactions between nodes, and to allow local applications to interact with the blockchain via the node. 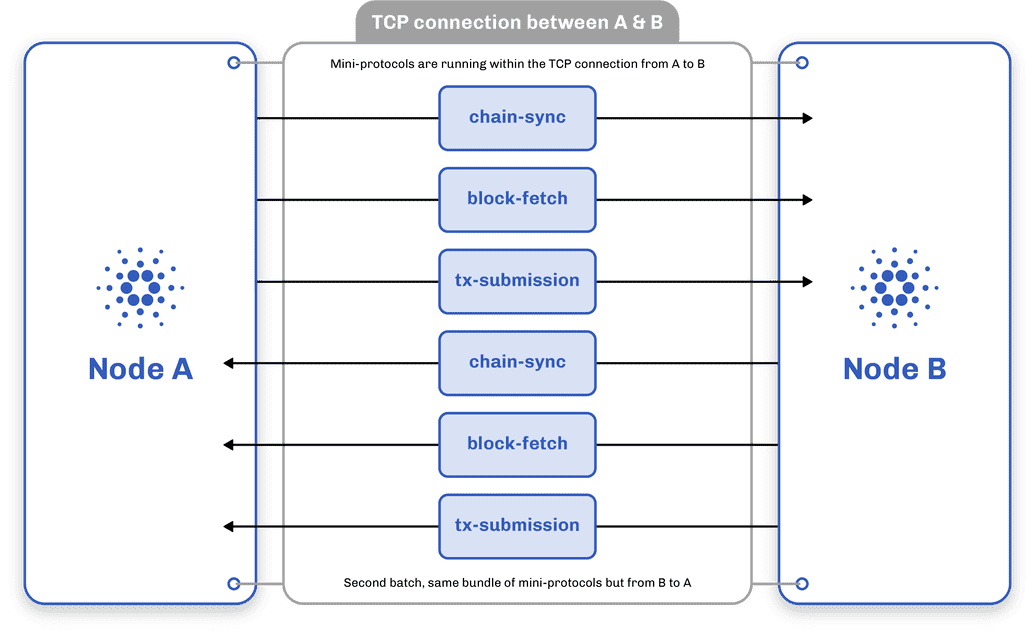 NtN follows a pull-based strategy, where the initiator node queries for new transactions and the responder node replies with the transactions if any exist. This protocol perfectly suits a trustless setting where both sides need to be protected against resource consumption attacks from the other side.

A brief explanation of the NtN mini-protocols:

To ensure optimal networking service, the team has also implemented an additional protocol:

Node-to-Client (NtC) is a connection between a full node and a client that consumes data but does not take part in the Ouroboros protocol (a wallet, for example.)

The purpose of the NtC IPC protocol is to allow local applications to interact with the blockchain via the node. This includes applications such as wallet backends or blockchain explorers. The NtC protocol enables these applications to access the raw chain data and to query the current ledger state, and it also provides the ability to submit new transactions to the system.

The NtC protocol uses the same design as the Node-to-Node (NtN) protocol, but with a different set of mini-protocols, and using local pipes rather than TCP connections. As such, it is a relatively low-level and narrow interface that exposes only what the node can provide natively. For example, the node provides access to all the raw chain data but does not provide a way to query data on the chain. The job of providing data services and more convenient higher-level APIs is delegated to dedicated clients, such as cardano-db-sync and the wallet backend.

The NtC version of chain-sync uses full blocks, rather than just block headers. This is why no separate block-fetch protocol is needed. The local-tx-submission protocol is like the NtN tx-submission protocol but simpler, and it returns the details of transaction validation failures. The local-state-query protocol provides query access to the current ledger state, which contains a lot of interesting data that is not directly reflected on the chain itself.

In NtC, the node runs the producer side of the chain-sync protocol only, and the client runs the consumer side only.

This table shows which mini-protocols are enabled for NtC communication:

Previous
About the Cardano network
Next
Peer-to-peer (P2P) networking